Posted at 18:44h in In Memorium, News, Our History by Underhill

It is with great regret that we announce the passing of  Underhill Partner Gerhard Charles (Carl) Friesen, on July 11th, 2022, in Vancouver. 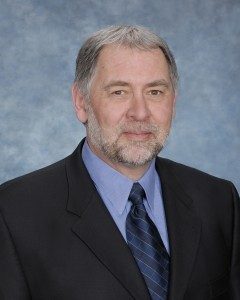 Carl was born in Morden, Manitoba in 1952. He got a start in land surveying with his uncle James Sharpe at Underhill & Underhill in 1971. He ultimately rose to become a partner in the firm, leading the Whitehorse office for many years. Many photos of Carl show him crossing rough terrain to lay out roads, dams, and other infrastructure. He thrived in the back-country.

He received his Bachelor of Science degree in Survey Engineering from the University of Calgary in 1987. That same year he was commissioned as a CLS #1344. Carl was commissioned as a BCLS #701 after articling under William Grigor Robinson, and became a partner in the firm Underhill & Underhill in 1989. For over 50 years Carl was a strong and passionate leader at Underhill and performed large project management, as well as legal and engineering surveying projects in all regions of Yukon, Northwest Territories , Nunavut and British Columbia as well as internationally. He also was the manager of several branch offices, most notably his work at the Whitehorse office.

Carl was extremely proud to have been a trusted resource with an unparalleled reputation for Yukon First Nations Land Claims surveys. Carl’s involvement in these historic land claims surveys included work with the following First Nations:

Carl had a deep respect for the indigenous community and was a key negotiator in Underhill’s partnership with the Nacho Nyak Dun First Nation and Victoria Gold on the Eagle Gold Mine. The Eagle Gold project is located 45 km north of the community of Mayo, Yukon, known as Dublin Gulch. The project is located on the traditional territory of the Nacho Nyak Dun First Nation.

Carl’s work with large engineering surveys is too long to list, some key recent projects are listed below:

Carl will be greatly missed by the Partners and team at Underhill, our sincere condolences to his family and friends.

Some links to interviews, projects and publications that include interviews and used Carl’s vast knowledge in the field of Geomatics are also included below: