Posted at 07:23h in In Memorium, News, Our History by Underhill

The first International Women’s Day occurred in 1911, supported by over one million people. Today, IWD belongs to all groups collectively everywhere.

This year, the IWD theme is #EachforEqual: An equal world is an enabled world.

To celebrate women’s day we are looking back in Underhill’s 107 year history, and highlighting the daughter of one of Underhill’s founding partners: 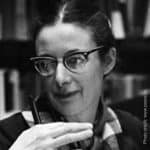 Anne Barbara Underhill was a Canadian astrophysicist. She was the daughter of one of Underhill’s founders Frederic Clare Underhill.

Anne is an amazing example for women of all ages as she rose to overcome many of the female stereotypes in her industry and of the times.