Posted at 09:22h in News by Underhill 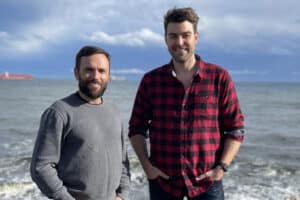 BURNABY, BRITISH COLUMBIA | 11.02.2021 – The Underhill Group (Underhill) is delighted to announce the addition of two new team members to our Vancouver Island office. Under the leadership of Evan Wind, BCLS, our island office continues to expand rapidly.

Speaking on behalf of Underhill, Branch Manager Evan Wind said, “The addition of Mitch as an experienced Land Surveyor who has lived and worked in Victoria for over 7 years, combined with the addition of Zach to our team, we are well positioned for our continued growth on Vancouver Island.”

Mitch has substantial experience working both in the field and the office. His varied project experience includes boundary retracement, mixed-use land development, airport facilities, ports, building development, site servicing, cellular towers, deformation monitoring, and infrastructure renewal. Mitch was raised in the small town of Hope, BC and now lives in Colwood with his wife Natasha, 5-year-old son Hudson and 1 year old twins Liam and Mila. When Mitch is not surveying, he and his family enjoy travelling the island and participating in recreational sports. Mitch’s surveying career has taken him throughout beautiful British Columbia, including stints in Salmon Arm, Invermere, Kelowna, Kitimat, and more recently across Vancouver Island. Mitch would like to thank the partners of Underhill and branch manager, Evan Wind for this opportunity and looks forward to helping Evan expand Underhill Geomatics’ presence on Southern Vancouver Island.

Zach received his Diploma in Geomatics Engineering Technology from BCIT in 2013. Soon after graduation he joined Underhill and was first paired with future Underhill partner Jon Cormier, BCLS. Within weeks of starting at Underhill, Zach found himself laser scanning conveyor systems in the basement of a grain elevator and surveying through a cathedral in downtown Vancouver. It was quite the experience!

Zach left Underhill in the summer of 2014 and moved to Alberta where he spent 6 years working in the Energy and Municipal sectors. His experience ranges from large transportation infrastructure projects to drone surveys and utility construction.

Zach was born in Edmonton, AB and raised in Victoria, BC. He recently moved back to Vancouver Island with his wife Hayley and two daughters, Willa and Wynn. When Zach is not working, he and his family are camping all over beautiful British Columbia.

Since 1913 Underhill has built a reputation of excellence in serving clients throughout North America. The company’s philosophy is structured upon a commitment to our people and the profession, with a corporate spirit that promotes inclusion, education, and creativity. We believe that combining experience and integrity with technology supports the essential growth necessary to service the rapidly developing needs of our clients.