Posted at 08:27h in News by Underhill 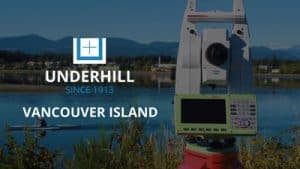 BURNABY, BRITISH COLUMBIA | 09.21.2020 – The Underhill Group (Underhill) is delighted to announce the opening of a new office in Courtenay, BC. Under the leadership of Evan Wind, BCLS, we will be well equipped to serve our current Vancouver Island customers, and look forward to building new relationships.

Speaking on behalf of Underhill, Partner Jon Cormier said, “Evan Wind is a great addition to the team as an experienced Land Surveyor who has lived and worked in the Comox Valley on Vancouver Island for the past 10 years.”

Evan received his Diploma of Geomatics in 2005, and his Bachelor of Technology in Geomatics (with distinction) in 2010 both from the British Columbia Institute of Technology.  He has been surveying in British Columbia for the past 15 years, with the last 10 years stationed in the beautiful Comox Valley on Vancouver Island.  Evan brings with him extensive experience in a broad range of survey related fields such as land development, industrial sites, construction, boundary research, natural boundary determination and legal surveys.  His surveying career has taken him throughout the mainland and northern regions of British Columbia, as well as British Columbia’s west coast, and all over Vancouver Island.  Evan is truly a local professional with the knowledge and experience of working in high paced work environments, and on many demanding and complex projects.

Evan would like to thank all the managing partners of Underhill for this opportunity and looks forward to working with all fellow Underhill coworkers.  Special thanks to Chris Cryderman, President of Underhill, Chris El-Araj, Managing Partner, and Jon Cormier, Partner for having the confidence and support to bring him into the fold.

Evan was raised in Calgary, Alberta and has resided in British Columbia for the last 23 years.  Evan lives in Comox with his wife Shannon, and two children, Willem and Esme. When Evan is not surveying, he and his family enjoy participating in the endless outdoor recreation the Comox Valley has to offer.

Since 1913 Underhill has built a long-standing reputation of excellence in serving clients throughout North America and the world. Underhill’s company philosophy is structured upon our commitment to people and for that reason we have fostered a corporate spirit that promotes education and creativity. We believe that combining experience and integrity with technology supports the essential growth necessary to service the rapidly developing needs of our clients.