The Underhill Centenial Celebration Wraps Up in Vancouver 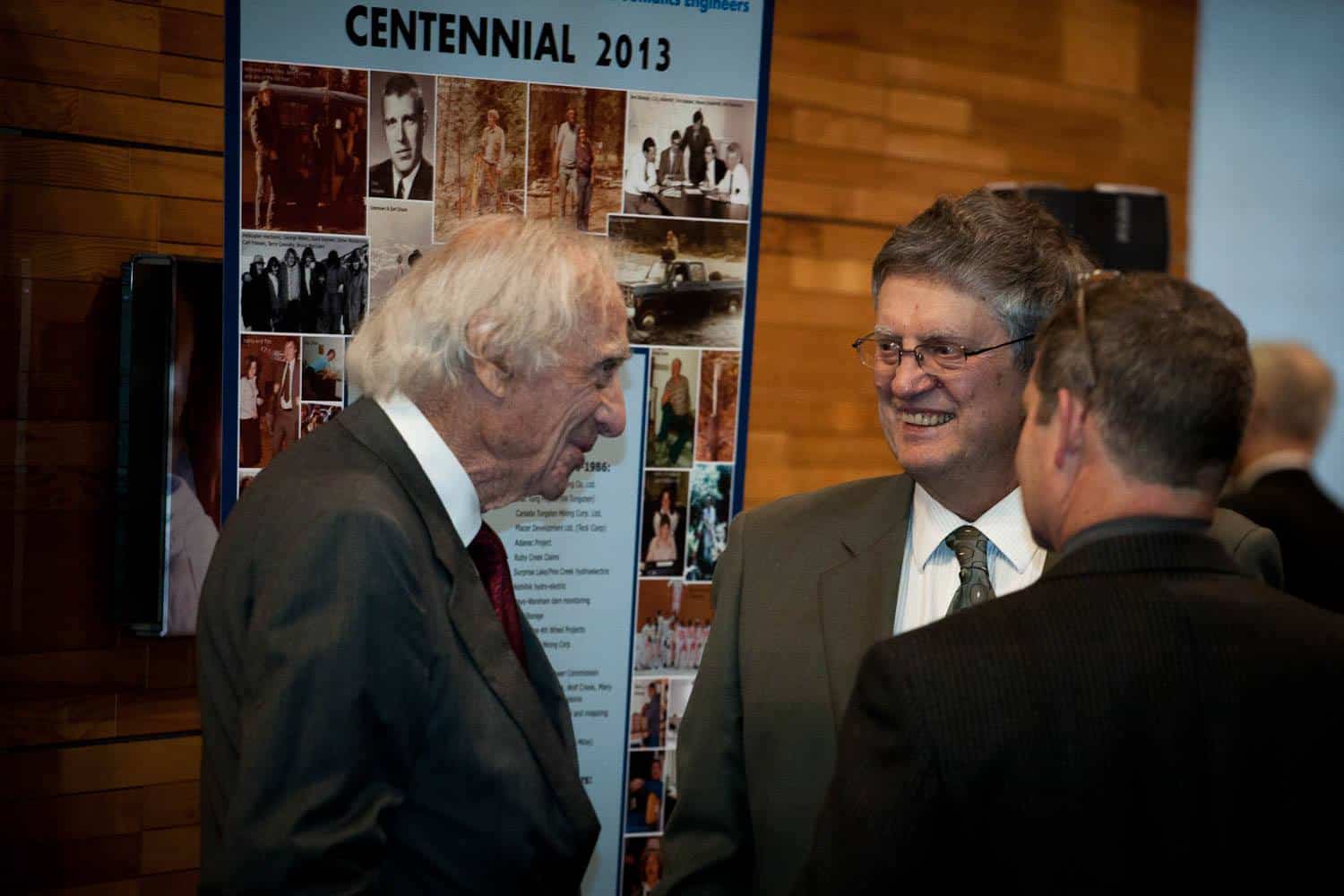 04 Nov The Underhill Centenial Celebration Wraps Up in Vancouver

Posted at 16:07h in News by Underhill

So, finally the fun had to come to an end at the Vancouver Convention Centre, just a few blocks from where it all started 100 years ago. Several hundred people attended from as far away as Calgary and Whitehorse.  Bill Chapman brought some old 1912-1913 field books from when Underhill co-founder Jim Underhill was a survey student at his father’s company (which at that time was called Elliott & Hewitt ).

The celebration was held in the presence of The Honourable Judith Guichon, Lieutenant Governor of British Columbia. Included amongst the distinguished guests were: Mr. Mike Thompson, Surveyor General of British Columbia, Mr. Ian Lloyd, President of the Association of British Columbia Land Surveyors, and Mr. Alan Zacharias, City Surveyor for the City of Vancouver.

Many members of the Underhill family were in attendance including Helen Underhill, the wife of Clare Underhill. Helen recently celebrated her own Centennial.

Angela deHaan was the Director of Ceremonies and introduced the Lieutenant Governor. Her Honour and the official party were piped in. Her Honour then delivered her opening remarks. Following Her Honour were: Mr. Mike Thompson the Surveyor General of British Columbia, retired Underhill partner Bruce Underhill, son of co-founder Clare Underhill, and current Underhill President Chris Cryderman.

Mr. Thompson also made a presentation of “out on the land, by Jorgensen” to Senior Underhill partner, Ivan Royan, on behalf of the Land Title and Survey Authority of BC, congratulating Underhill & Underhill on its 100th Anniversary.

Thanks go out out to Lynn Renaud, the Underhill staff, and their families in Vancouver for a well organized and fun time.

Amongst the invitees who were unable to attend was The Honourable John Allen Fraser. Mr. Fraser was the first elected speaker of the House of Commons but more importantly to us, he was the nephew of Horace McNaughton Fraser who was Clare and Jim Underhill’s first partner. Horace was with the company from 1922 to 1947. During that period, the company was known as Underhill, Underhill & Fraser. John Fraser worked summers surveying with his Uncle Horace while he was studying law at UBC and has shared many fascinating and colourful tales of those days.