Looking back on the Underhill 100th Anniversary kickoff in Whitehorse 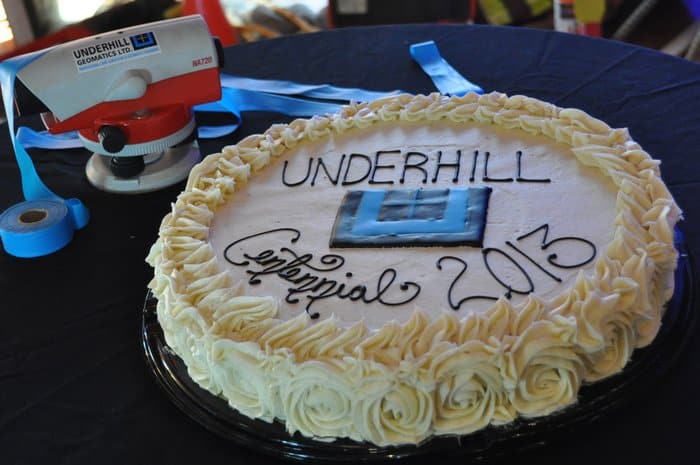 Posted at 10:04h in News by Underhill

The Underhill Centennial celebrations were kicked off last year in Whitehorse at the beautiful Kwanlin Dün Cultural Centre, on the Yukon River. Several hundred people attended from as far away as Kamloops, and Vancouver.  Pat Ross (former Underhillion) now with of the City of Whitehorse MC’ed the event, and there were numerous speeches including The Mayor of Whitehorse Dan Curtis along with Councillor John Streicker(another former Underhillion), and the Premier of Yukon Darrell Pasloski.  Retired Underhill partners Bruce Underhill, Terry Bidniak, and Tim Koepke were on hand.  Underhillions that spoke included Bruce, Tim, Chris Cryderman, and Carl Friesen. Underhill blue scarves were presented to all past and present employees. Thanks go out to Robyn Tripp-Friesen for a spectacularly organized event.

In organizing this event, I wondered how best to acknowledge the First Nations. Possibly by prayer or
drums, but in the end I wanted to say something myself.

In what has been the last 26 years of my career I have worked side by side with the aboriginal peoples of
the north and I wanted to thank them on behalf of myself and my firm, for all of the incredible
enjoyment and camaraderie we have had in working side by side with them on the land claims and
economic development activities on their land.

Today, the communities of the north are on a path to success. Nunavut, Inuvialuit, Gwichin, Sahtu, Tulita
and most importantly to me, the 11 First Nations of Yukon have all completed their land claim surveys,
all of which Underhill has participated. Those surveys have taken me and our staff to some of the most
wonderful places on earth. I hope that the small part that these surveys will serve in assisting the First
Nation peoples to fulfill their self‐Governance and economic development aspirations they may have.
I would like to particularly acknowledge the Ta’an and Kwanlin Dun First Nations upon whose land we
are now. Fittingly, we are holding this event in this wonderful Cultural Centre of Kwanlin Dun First
Nation that our firm also had a hand in building. It is also fitting that we hold it in a Kwanlin Dunn facility
as our current First Nation employees are of the Kwanlin Dunn First Nation and proudly I can say that,
my son currently works with the Kwanlin Dunn.

I would also like to single out for particular thanks, John TomTom of our firm. John, in the 15 years of
work with us, in my mind exemplifies the hard working spirit of the northern peoples.

To the many community people of Yukon that we have worked with, many of whom are here today, it
has been that 26 years of camaraderie while performing the land claim surveys, that I personally wish to
thank you for.