Posted at 14:20h in In Memorium, News by Underhill 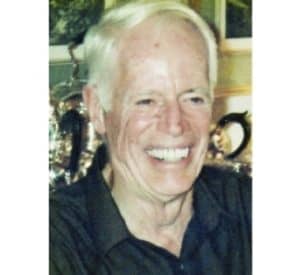 William Grigor Robinson P.Eng., CLS, and BCLS, age 91, of Vancouver, passed away peacefully at home in his sleep on Saturday, October 19, 2019. Bill, along with his twin sister Helen were born in Victoria to Henry and Helen Robinson on August 23, 1928.

Bill is survived by his sons Bill (Robyn), Patrick (Leigh), and Warren (Kerry); the grandchildren: Katita, Jacqueline, Sterling, Alexander, Matthew, Hunter, Isabelle, Keira, and Jamie; as well as his great-grandson Harvey. He also leaves behind numerous loving relatives, friends, and business colleagues. In 1954, Bill met and married the love of his life Barnie McAllister.
Bill attended Oak Bay High School and UBC, eventually graduating — after becoming a Bridge Champion — with his degree in Civil Engineering. He worked on many known landmarks such as the Patullo Bridge and the Deas Island Tunnel, but his love of the great outdoors pulled him to follow his real passion, Land Surveying. Bill started working for Underhill & Underhill in 1950. Over his career he cut a swath across Western Canada laying out the boundaries of Provinces and Territories, the Trans Canada Highway, as well as private lands and mine sites. Pretty much anywhere one lays a foot in this province, Bill was there first. He particularly enjoyed his business colleague Tim Koepke with whom he would stomp around the wilderness chiding each other about anything and everything. It started as mentor/mentee and evolved to professional equals and lifelong friends.
Bill worked tirelessly for his family, his business, and the professional associations in which he took pride in being a member. He was a gentleman through and through who always maintained his dignity — a wonderful, very special man.