Posted at 14:47h in In Memorium, News by Underhill 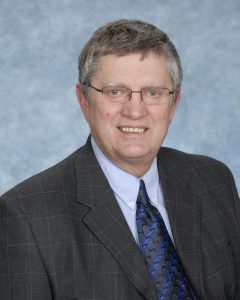 On Saturday June 17th, 2017 a Memorial service was held for Ivan James Royan at the Hills of Peace Lutheran Church in Kamloops.  Ivan passed away on June 2nd, 2017 after a 4 1/2 year battle with cancer.  Following the service there was a reception at the Coast Kamloops Hotel & Conference Centre.  Ivan was a partner in Underhill & Underhill, and a director in Underhill Geomatics Ltd. for over 35 years.

He was born in Bundaberg, Queensland, Australia on October 14th, 1949. Ivan obtained his Bachelor of Surveying degree from the University of Queensland, in Brisbane in 1972.  His working career started at the Australia Survey Office where he obtained his commission as a Queensland Land Surveyor (QLS) in 1974.  Ivan married Val in 1977 and moved to Canada, where he joined Underhill & Underhill.  In Canada Ivan was commissioned as a British Columbia Land Surveyor (BCLS) in 1979 by the Association of British Columbia Land Surveyors (ABCLS).  In 1983 he became a partner in Underhill & Underhill.  In 1996 Ivan received his Canada Land Surveyor (CLS) commission from the Association of Canada Land Surveyors (ACLS).  He served on the ACLS council from 2009 to 2014, and was President for 2012-2013.  Ivan was instrumental in the expansion of the Underhill business. In 2002 he led the acquisition, by Underhill, of Bartell & Fiedrich Land Surveying Inc. in Kamloops.  In 2014 he reprised this roll with the  purchase of  Graham & Associates in Merritt, BC.

In all of Ivan’s career he had a reputation for being fair, honest, and hard working.  He loved surveying, and was always eager to help out younger members of the profession.  He was a comrade and mentor to many.