Posted at 15:37h in News by Underhill

With all the media attention devoted to UAV’s, it is easy to overlook that there are serious groups of researchers and developers from academia, government, and industry quietly working in the background striving to improve and expand the technology. The third international conference on Unmanned Aerial Vehicles in Geomatics (UAV-g 2015) was hosted by the Lassonde School of Engineering at York University from August 30th to September 2nd in Toronto. It brought together many of these experts from around the world.

The theme for the conference was “Small Unmanned Aerial Systems (sUAS): a disruptive technology for geomatics”. The disruptive nature of these technologies, again, has been covered quite extensively in the media. With regards to geomatics (surveying and mapping), UAV’s represent something of a revolution. They are new tools that have the potential to change entire industries and ways of doing things, in ways that we are only now starting to comprehend.

Underhill’s participation in the conference focused on the conference theme. A paper presented by Bill Mah, of Underhill’s, explains the development of a low cost UAV, from easily available and affordable parts, for the purpose of accurate aerial mapping. In decades past, the idea of building your own survey tools capable of autonomously measuring and mapping to centimetres was unheard of. The Internet, Maker Movement, Smart Phones, and other enabling technologies have contributed to making this disruption possible. It will be interesting to see what the future will bring to this field when the next UAV-g is held in Bonn, Germany in 2017. 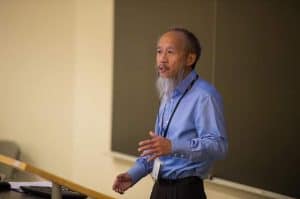 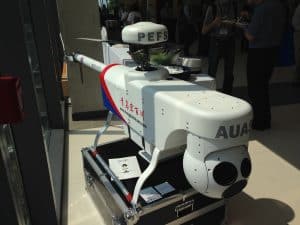 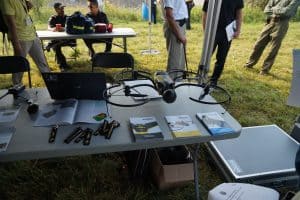 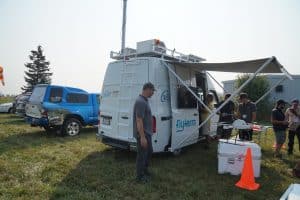 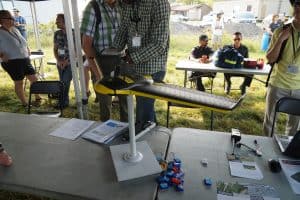 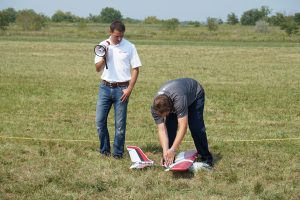 The Precisionhawk team preparing for launch 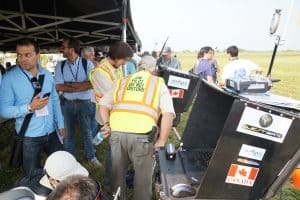 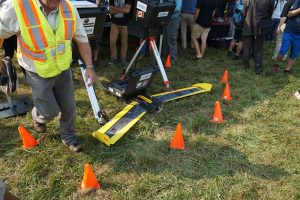