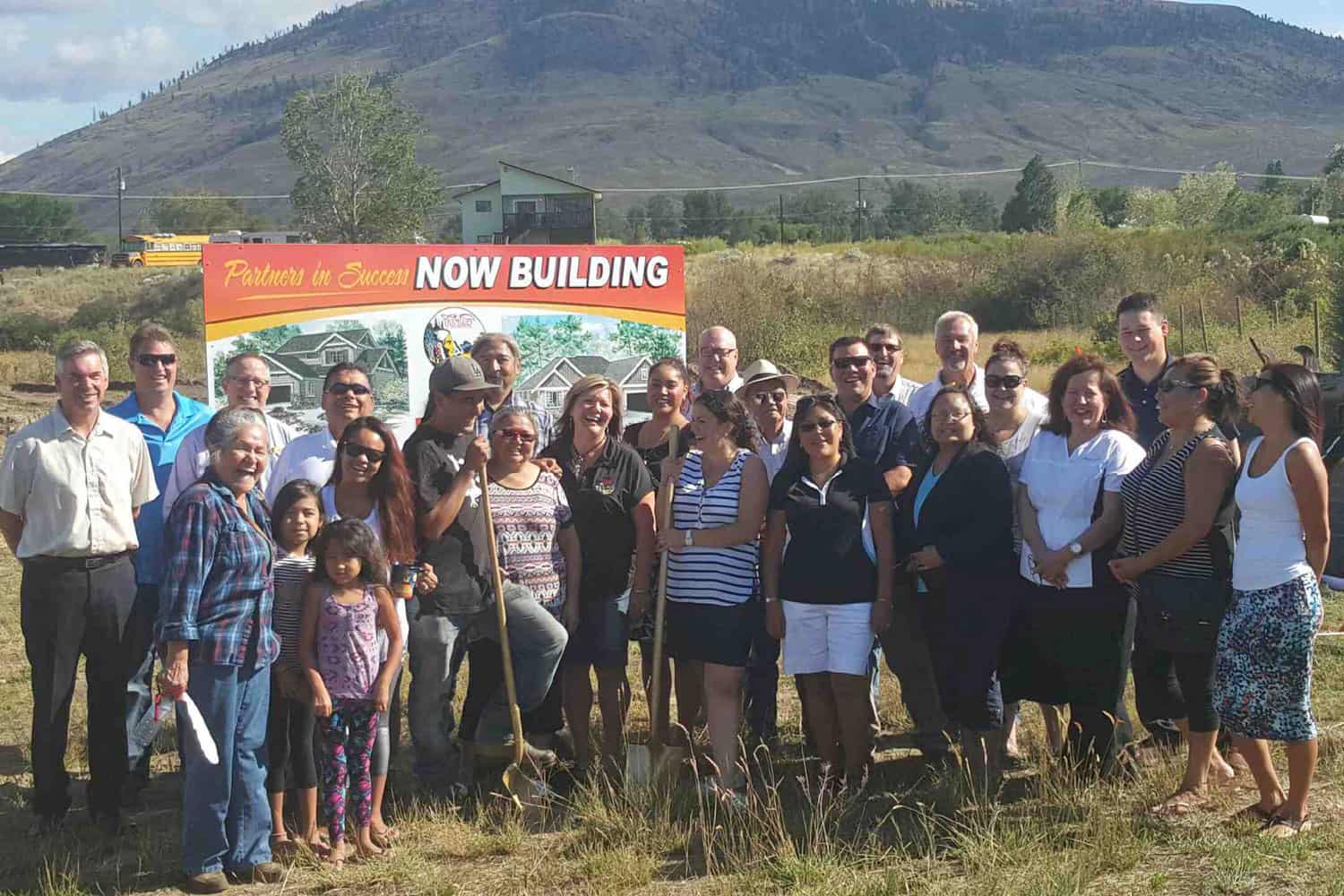 Posted at 10:51h in Giving Back, News by Underhill

With the support of the Department of Aboriginal Affairs and Northern Development the Tk’emlups te Secwepemc (formerly the Kamloops Indian Band), a member of the Shuswap Nation, celebrates the ground breaking for four new family homes. The Department’s support included seed money so that the four Band families could apply for real mortgages with a bank in order to pay for the houses. This is quite the accomplishment given the complexities of the Indian Act. Congratulations to the families, and the Band! Underhill & Underhill, BC Land Surveyors, provided all the topographic, legal and house layout services for the project. Up to six more houses will be built later in the year in another part of the Reserve but within the same project.