Posted at 09:31h in Giving Back, News by Underhill 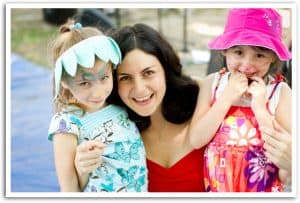 Underhill Geomatics is a proud sponsor of the third annual Family Concert, a fundraiser for the Children’s Hearing and Speech Centre of BC.

Underhill became involved with the Centre through one of our employees, whose daughter was diagnosed with hearing loss at birth and has attended the Centre since she was three months old. Now almost two years old, she is talking and learning just like any hearing child her age.

This year’s concert will feature Vancouverite Jennifer Gasoi, fresh off her win for Best Childrens Album at the 2014 Grammy Awards. Gasoi’s intelligent, jazz-based songs are winning over music lovers of all ages and earning her widespread critical acclaim.

Gasoi will perform a morning and an afternoon show on April 12, 2014. Proceeds from the event will go to the Children’s Hearing and Speech Centre.

For more information and to purchase tickets, visit http://childrenshearing.ca