Posted at 09:58h in News by Underhill

Most precise 3D surveys are done on land, where nothing is moving. It’s a lot easier that way. When Underhill was asked to create an accurate 3D model of the hull of the M/V Golden Alaska, a 300 foot (95 metre) factory fishing trawler, the survey data had to be collected while the ship was in Seaspan’s “floating” Vancouver Drydock. The task was accomplished by using targets on the the hull of the ship itself, to orient the scans in the reference coordinate system. The survey only took a couple of days using a 3D Laser Scanner. The FARO Focus 3D scanner can collect nearly 1 million points per second, to an accuracy of a few millimetres. The data produced is referred to as a “point cloud”. The full 3D “cloud” of the ship hull comprised 76 scans containing more than 7.2 billion points! Underhill worked with Digital Surveys to create the 3D Rhino model of the hull. The data will be used by Jensen Maritime Consultants for future refit work on the ship.

The model should now load. Once loaded you can:

1. Hold down the left button of your mouse to rotate the model,
2. Zoom in and out with the scroll wheel
3. Move the model by holding down both “Ctrl” and the left mouse button.

This may not work in some browsers.

The M/V Golden Alaska is owned and operated by Golden Alaska Seafoods, LLC, of Seattle, Washington. According to their site, it is “…one of the most sophisticated processing platforms in the modern seafood industry.” 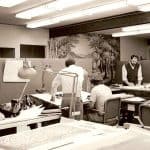 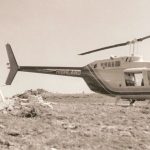