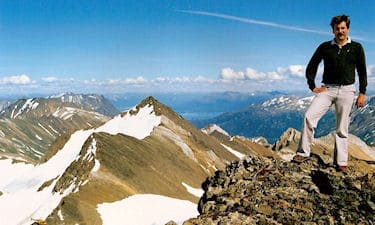 The early to mid 1980s were tough times financially. With the recession of the late 70s still going on, the Company struggled to keep active. Revenue was dominated by government-funded mega projects

These projects kept Underhill and many other survey firms active during this period.

By the middle of the decade, the economy was picking up. First Nations Land Claim surveys in the North West Territories finally got underway with the first contracts for the Inuvialuit Agreement coming out in 1985. Underhill won its first Inuvialuit contract in 1986. By the end of 1989, Underhill had completed seven contracts in the Paulatuk, Inuvik and Tuktoyaktuk Land Selections.

The 1980s were also a decade of great technological change. The IBM Personal Computer was introduced in 1981. Total station survey instruments and GPS positioning also revolutionized the industry. In 1986, Underhill had one PC, shared by everyone. Four years later, the offices were full of PC’s including local area networks, laser printers and high speed plotters. AutoCAD was fast becoming a viable alternative to manual drafting.