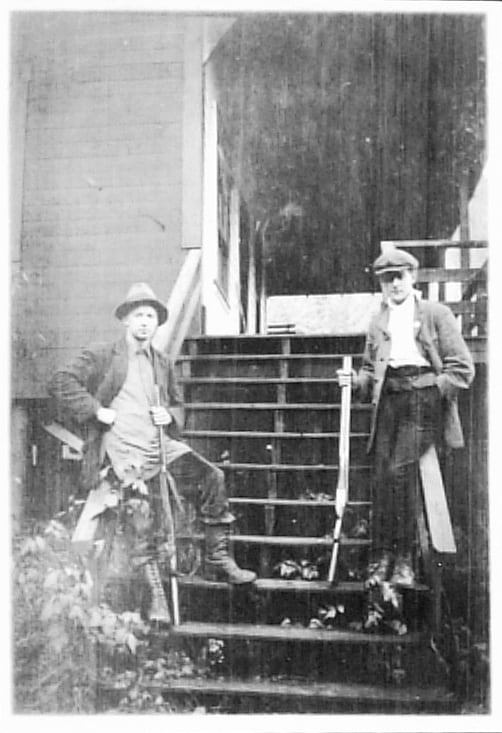 Underhill &Underhill was founded in the late fall of 1913 by Frederic Clare Underhill (Clare) and James Theodore Underhill (J.T.) – Pictured above.[1] [2]

The brothers obtain their commissions as British Columbia Land Surveyors on 22nd October 1913. Later that fall, they form a business partnership. They name the partnership Underhill & Underhill. The tiny office is located in the Lumberman’s Building, 811 – 509 Richards St., Vancouver. Their father, Dr. Frederick Underhill, advances them money from time to time to help them along in their fledgling venture. Dr. Underhill was the City of Vancouver’s first full time medical health officer. Starting in 1904, he served the City for some 26 years. He organized the first regular garbage collection in Vancouver, pushed for improvements in the Lower Mainland’s water supply, and instituted better inspection of foodstuffs. He was recognized for his role in the Spanish Flu Pandemic of 1918. In 1938, the City of Burnaby named Underhill Avenue in his honour.[3]