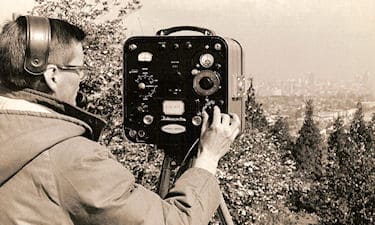 Image shown: J.M. Parnell measuring distances with a Tellurometer MRA3 for a control survey in the Lower Mainland of BC. The MRA3 was a long range microwave instrument. Little Mountain, Vancouver.