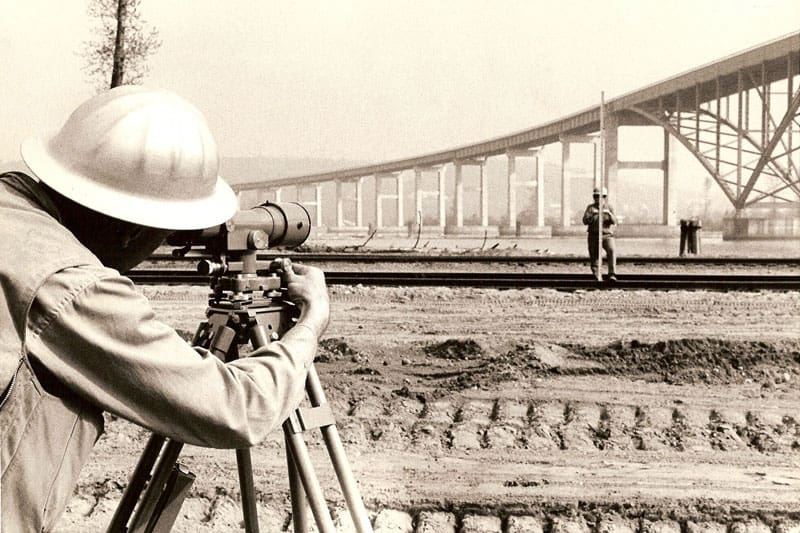 Clare articles to E.H. Cleveland, PLS, of the firm Cleveland & Cameron, established in 1910. Mr. Cleveland went on to be the first Chief Engineer of the Greater Vancouver Water District from 1926 to 1952. The Cleveland Dam on the Capilano River, in North Vancouver, was named after him.[5][6]

J.T. articled first under G.H. Dawson, PLS, and then M.W. Hewitt, BCLS, when Mr. Dawson was appointed Surveyor General.[7] Dawson and Hewitt were both from the firm Elliott & Hewitt, which at that time was located at the Williams Building, 413 Granville St., Vancouver. That firm was founded in 1886 as Williams Bros. & George Dawson and continues to operate today as Chapman Land Surveying Ltd. in West Vancouver.[7]